More Men Are Getting Plastic Surgery 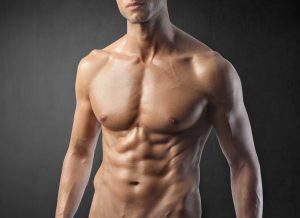 The American Academy of Facial Plastic and Reconstructive Surgery (AAFPRS) reports an increase in the number of men seeking plastic surgery.

According to a June 2017 survey, men attested to being “extremely likely” to consider a cosmetic procedure. A little less than half stated that they want to undergo a procedure to feel more confident. Another quarter said they sought to “look younger” to remain competitive in their workplace.

Experts explain that while various procedures remain largely similar when performed on either sex, the nuances of the procedures differ dramatically between men and women. For instance, rhinoplasty seeks to enhance the form and function of the nose regardless of the patient’s gender.

The techniques used to attain a masculine and refined nose vary vastly from those used to achieve a feminine and beautiful nose structure. This makes it vital for men to identify a plastic surgeon with experience in administering procedures on males.

The ASAPS released statistics from 2017 earlier this year which indicated that the most sought-after surgical procedures for men are eye-lift surgery, liposuction, tummy tucks, breast reduction, and face-lifts.

Older men tend to seek more minimally invasive procedures for the face to appear younger. On the other hand, younger men focus more on improving the appearance of their bodies.

Almost 100,000 men received filler injections in 2017 which is a 99 percent increase since the year 2000. Botox injection use among men has quadrupled in the same period.

The premium on youthfulness at the workplace has led to an increase in male plastic surgery as well.

Rhinoplasty for a Masculine Nose

A 2016 report from the American Society for Aesthetic Plastic Surgery indicates that elective rhinoplasty (nose job) is one of the most sought-after procedures by men. There are no standard procedures to make a nose appear manly and attractive as an appealing nose is proportional to other facial features, and this proportion will differ between men.

In general, a manly nose is not too small but straight and refined. It is always important to find an expert surgeon. But in the case of rhinoplasty, it becomes even more crucial.

Many men are seeking a stronger and better-defined jawline, especially if they exercise routinely. This can be achieved through dermal fillers or jaw implants.

Dermal fillers comprise hyaluronic acid (a natural compound found in the human body) and are injected into the treatment areas in the face. These fillers sustain for about six to nine months depending on how fast the body breaks down the HA.

Conversely, implants are permanent, but the process is more invasive. The surgeon places a tiny incision on the inside of the cheek (inside the mouth to make scarring inconspicuous) and inserts a small implant in the patient’s jaw. At times, jaw implants are placed along with chin implants to square out the entire jawline.